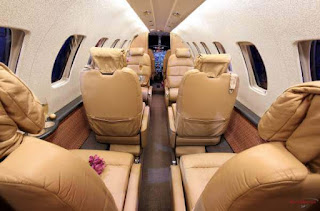 The Cessna Citation CJ2 (Model 525A) differs most significantly from its predecessor the CJ1 (model 525) in respect to its markedly increased range and payload capacity. It comes in two forms: the original CJ2 and the newer CJ2+.


The First delivery of the Cessna Citation CJ2 occurred in 2000. The series ended production in 2005. During that time, a total of 243 aircraft were built with 238 Citation CJ2 jets in operation today.


By continent North America has the largest percentage at 60%, followed by Europe at 24% for a combined total of 84%.


When Cessna redesigned their popular CJ1 private jet, known for its low operating costs and high performance, the result was the CJ2: bigger, faster, and better.


The Citation Jet upgraded to a natural laminar flow wing, which took four years to design in a joint venture between Cessna and NASA. This wing delays the onset of airflow separation longer, which improves the lift-to-drag characteristics ten to fifteen percent when compared to earlier straight-wing designs.