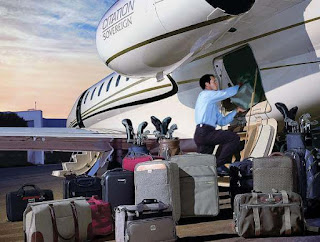 It should be noted that Citations are not just popular with passengers, but with pilots too. The Citation series was designed with the intent of simplifying flight as much as possible. Systems make sense and flight operations are uncomplicated, resulting in consistently safer, smoother flights.


"The CITATION SOVEREIGN" has one area where Cessna decided not to cut costs and simplify was probably the most vital portion of the airplane: the wing. The Sovereign moves on from the cheap, easy-to-produce straight wings that earlier models used in favor of a wing with a 16 degree leading edge sweep and a 12.7 degree sweep at the quarter cord.

interior citation sovereign
"The CITATION SOVEREIGN" top speeds don’t impress, it is not due to any shortfall of its engines. Cessna fitted the Sovereign with Pratt & Whitney Canada PW306C turbofan engines, which provide 5,600 lbs of thrust each on takeoff.


The CITATION SOVEREIGN engines were flat-rated to minimize noise. The Sovereign has two jet fuel pump systems, a standard engine-driven system and another DC-powered system for backup and use during startup procedures.


"The CITATION SOVEREIGN" wing design greatly improves airflow and lift capabilities, resulting in the Sovereign’s cruise speeds of .75 Mach. At centraljetcharter.com/citation-sovereign.html can be chartered for $3050 an hour and up.

citation sovereign, private jets, charter planes, charter flight
The CITATION SOVEREIGN has a seventy-six foot oxygen system which comes standard with an additional seventy-six foot system, if requested. The Sovereign is certified to the safety standards of both FAR part 25 and JAR 25.


The Sovereign’s cabin is 25.3 feet long and has comfortable seating for up to 9 passengers.


The interior features a large cabin with an extended refreshment center and a 5.7 foot high ceilings, which is tall enough to allow passengers to stand.