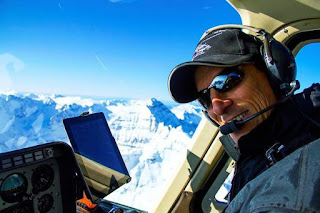 About 7,500 Bell 206 variants have been produced, approximately 4,500 of which are still flying today, being employed in such varied functions as law enforcement, flight training, corporate transport, utility and military missions.


The Bell 206 was initially built to suit a United States Army contract for a light observation helicopter, but Bell's design was not selected and the company opted to modify the 206 for the civilian market.


The longer version of the JetRanger, the seven-seat 206L LongRanger, entered the market in the mid-1970s and is still in production today.


The LongRanger made history in 1982 when a 206L named Spirit of Texas became the first helicopter to fly around the world, taking a little more than 29 days to complete the 26,000-mile journey, which originated and ended in Dallas.


Although the Bell 505 Jet Ranger X pulls from the heritage of the Jet Ranger, the commonalities between the models are few.


Yet the 505 is built around proven technology. The rotor and drive systems are identical to those of the Long Ranger, with millions of flight hours on record.


"The BELL JET RANGER" are all equipped with heat and air conditioning as well other Amenities to help you relax and enjoy the ride.


"Executive helicopters" are typically configured to hold 4-6 passengers and average speeds of over 175 mph with a nonstop range of 300-500 miles.