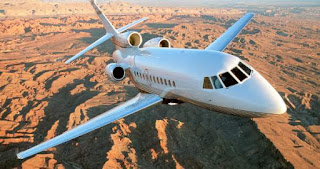 These improvements are not without cost the newer, more-powerful and fuel-efficient engine is 20.4kg (45lb) heavier than its predecessor.


The Hawker 850XP has always been a load-and-go aircraft and the 900XP upgrade follows this rule. While its basic operating weight has increased by 41kg from the 850XP's, maximum take-off weight has not changed.


Even with this minor reduction, eight passengers and their baggage can still be loaded with full fuel tanks. Reduced fuel consumption of the new engines give the 900XP greater range than the 850XP with comparable payloads.


The published range advantage varies, depending upon selected cruise speed, with the relative advantage greater at high-speed cruise. With six passengers (a 545kg payload), Hawker lists an NBAA instrument flight rules range of 3,715km, a 315km improvement over the 850XP.


On a standard day, the 900XP has a 7% shorter take-off field length than the 850XP. Both aircraft weigh the same and have engines that produce the same amount of thrust, but a change in bookkeeping gives the 900XP the advantage.


Hawker Beechcraft is in the odd position of having two Hawker jets in its lineup that are many generations apart.


When the 850XP was certificated, no credit was taken for runway performance improvements generated by the addition of winglets.