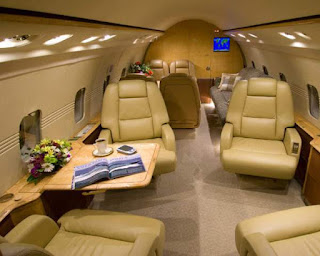 In contrast to his early Lear Jet designs, whose tight cabins were predicated on a philosophy of short leg lengths and high speed at minimal cost, Bill Lear drew his Lear Star 600 with a spacious cabin in which passengers could bask in comfort for transcontinental stage lengths.