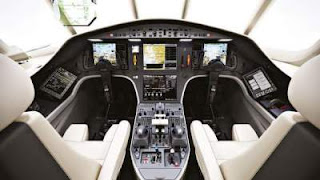 Additionally, the 2000S, like its Falcon siblings, will be London City airport/steep-approach certificated, unlike any of its listed competitors. The icing on the performance cake is that the 2000S retains the largest usable payload.


After the wing, the second design driver will be a completely redesigned flightdeck featuring the new and highly advanced Dassault EASy II cockpit, now in the final stages of certification to equip all future Falcons.


The third driver will be a passenger cabin that is advanced - in connectivity terms for example - and luxurious (thanks to BMW Designworks USA).