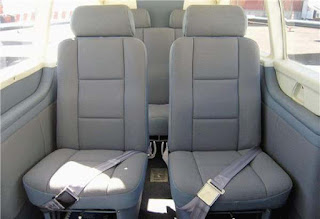 Piper upgraded the Apache in 1960 with 250 hp Lycoming engines, new flight instrumentation, a swept vertical fin that increased performance, and a new name, the Aztec.


Over 4,800 Aztecs were built. The Apache and Aztec price and size allowed smaller companies and executives to own or operate business aircraft.


The Piper Aztec grew from the Piper Apache design, and the two aircraft share the same model numerical designation of PA-23 established during the original Apache certification.


The earliest versions of the Aztec differed only slightly in appearance from the Apache, although early Aztecs featured higher performance obtained from 150-hp engines.


In 1964, these differences became greater with the Aztec C featuring fuel injection, a new configuration, and improved landing gear. The 1966 Aztec C was also the first model to offer turbocharging as an option.