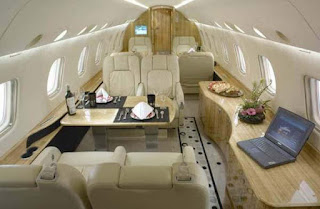 The dependability of Embraer’s RJs, as well as its worldwide service center network for them, add up to built-in peace of mind for buyers along with an enviable dispatch reliability record, something that you don’t get with every biz jet.


That original Legacy was as hard to classify then as it is now, but one thing was evident: Its cabin was spectacular.


While not quite as wide as that of some competitors, it had the distinction of offering three separate seating sections instead of the traditional two.


The unique value proposition that the Legacy presented — a lot of cabin and decent range and speed on an extremely reliable airline platform — was compelling, and Embraer sold many more of that first biz jet than it ever imagined it might.