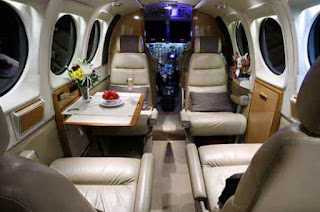 
Piston-powered aircraft could not match this performance while emerging jet aircraft of the 1960s used turbojet engines that were high-priced, noisy, and had high fuel consumption.


Rather than investing in a completely new and expensive technology, Beech built a vastly improved and marketable business aircraft from its existing production line.


After the King Air's initial success, Beech concentrated on continuous upgrades to appeal to a range of executive and corporate needs.