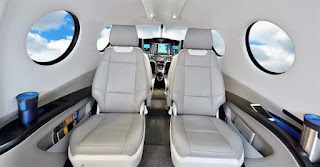 Fresh investment in 2012 restarted the effort to build a factory version. Two years later, the company announced plans to hire workers to staff the 200,000-square-foot factory previously owned by Lancair.


The Epic LT six-seat single-engine turboprop began as a build-it-yourself kit aircraft about 10 years ago.


Now, the manufacturer is in the process of certifying the production version of that plane, the Epic Aircraft E1000, for which the company has begun taking orders.


The Epic E1000 is drawing attention for its sleek carbon-fiber design and intelligent engineering, producing the fastest turboprop available.